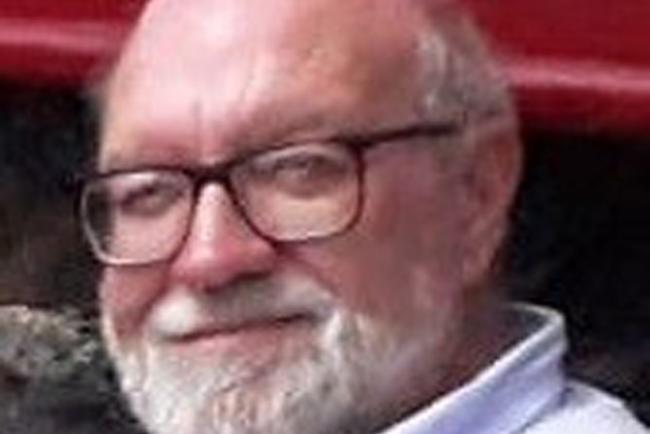 A pensioner who was fatally shot with a crossbow had been “virtually cleaned out” after giving about £200,000 to a “conman”, a court has heard.

Richard Wyn Lewis, 50, took thousands of pounds from Gerald Corrigan and his partner Marie Bailey, which he claimed was going towards property development and the purchase of horses, a trial at Mold Crown Court heard on Wednesday.

Mr Corrigan, 74, who lived in a remote part of Anglesey, was murdered in 2019, the jury heard.

Peter Roach QC, prosecuting, said: “Wyn Lewis is a conman, he is a fraudster, and during the period spanned by this indictment he conned a number of different people out of various sums of money, sometimes many thousands.

“Throughout, people lost their money and Wyn Lewis dishonestly kept it.”

Mr Roach said Lewis told Mr Corrigan and Ms Bailey he would help them with the apparent development and sale of their home, Gof Du, and they would be able to sell the 35-acre plot for more than £2 million.

The court heard that Lewis told Mr Corrigan he had a potential buyer, John Halsall, and a retired planning officer, referred to as David, would help him to get planning permission.

But, following Mr Corrigan’s death, police found several numbers he had noted down for “David” could be traced back to Lewis.

Mr Corrigan was convinced the sale was near completion before his death, Mr Roach said, but no planning applications had been submitted and Mr Halsall did not exist.

Mr Roach said: “She said by the end she and Gerry Corrigan were virtually cleaned out of all available cash.”

The court heard that two days before his murder, Mr Corrigan gave £200 to Lewis and told him: “There is no more money.”

He said Lewis also took money from the couple for “non-existent” horses and stabling fees.

The jury was told Ms Bailey, 66, paid Lewis to take her car for repair but he sold it for £5,000, telling her it was damaged and should be scrapped.

Mr Roach said: “Not only did Wyn Lewis steal Marie Bailey’s car, he charged her for doing so.”

In 2018, Ms Bailey transferred £50,000 to Lewis’s partner, Siwan Maclean, for the purchase of the former Llandona school in Anglesey, which Lewis had told her she could sell for a profit to a building firm, the court heard.

But, Mr Roach said, the building was never up for general sale.

The jury was told Mr Corrigan’s murder was nothing to do with this trial, but the fraud allegations came to light when Ms Bailey was interviewed by police after the shooting.

His partner Maclean, 51, of the same address, denies entering into a money laundering agreement.

ORTHIOS Stack is a familiar sight to most residents of, and visitors to, Anglesey. North Wales Chronicle | Anglesey …