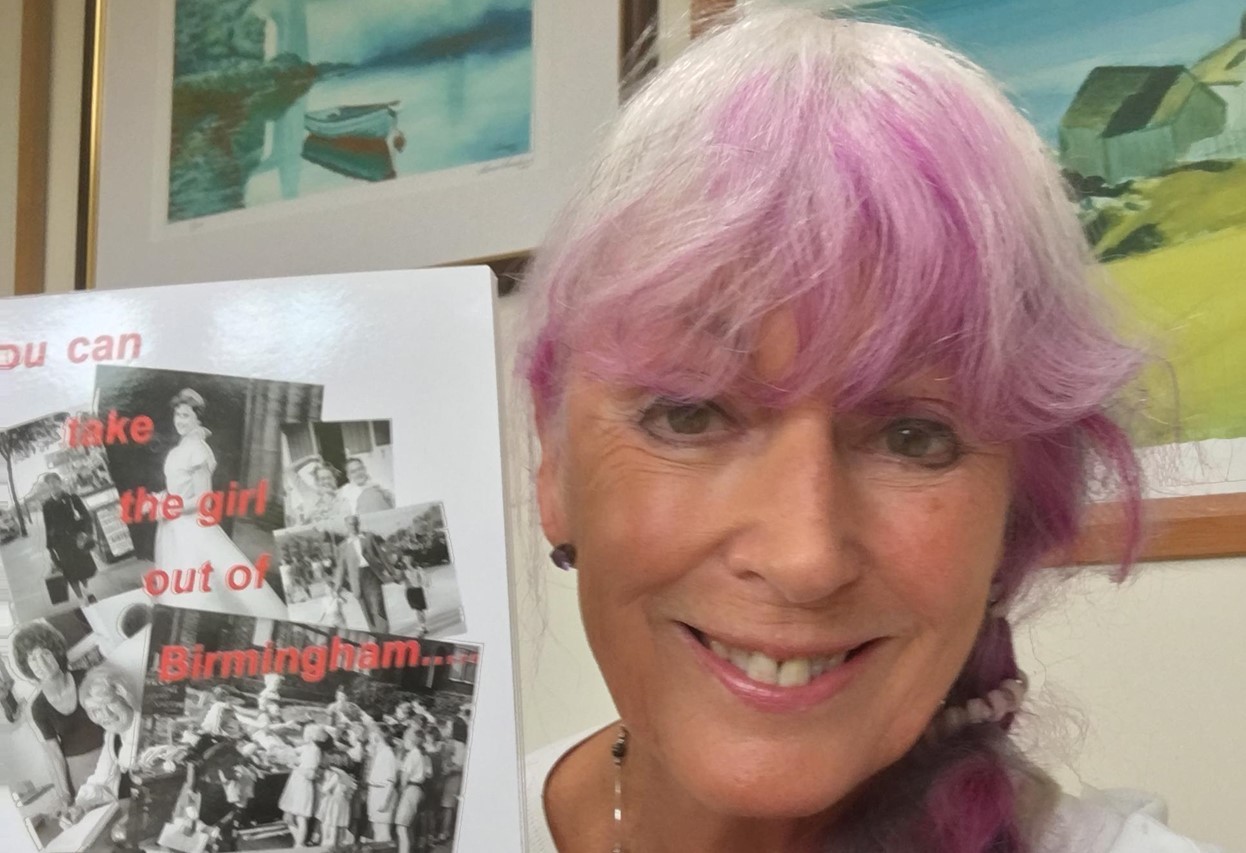 AN ANGLESEY writer is set to release her fifth book chronicling her early life growing up in the city of Birmingham.

Meg Marsden’s ‘You Can Take the Girl Out of Birmingham…’ will be available from Friday, November 12, and, rather than a memoir or autobiography, it comprises a series of entertaining, humorous vignettes during her time in the UK’s ‘second city’.

It is described by husband Stephen as: “A book about family and for families, about people and habits and daily life, with the added bonus of the occasional poem from the many she continues to write.”

Meg, who was born and raised as a Brummie but has since lived in Dolgellau, Aberystwyth, Cheshire and now Anglesey, has previously released four books of mostly poetry, including her most recent, ‘Anglesey Rocks!’, which she published in late 2019.

She said: “My love for many years has been poetry and writing poetry.

“But I suppose, as I got older, I’ve got so many memories of various things in my life which were somewhat amusing, and I thought it would be quite nice for my children and their children to have it. It’s very much from a personal viewpoint.”

‘You Can Take the Girl Out of Birmingham…’ will be available for £8 per copy, with the proceeds going to the British Red Cross Society.

This will not be the first time Meg has donated to charity through sales of her books, having previously pledged money to both the British Red Cross and Hope for Justice, a global non-profit organisation which aims to end human trafficking and modern slavery.

Meg added that the work of the British Red Cross particularly resonates with her because: “I think they cover a variety of issues, and a lot of the issues that I’m concerned about, and current issues like the Afghan refugee crisis.”

You can contact Meg for a copy of ‘You Can Take the Girl Out of Birmingham…’ by emailing her at meg@tcomms.co.uk.

A COUPLE of Anglesey athletes extended their superb form against top-class international competitors at the weekend. North Wales Chronicle | Anglesey …

ANOTHER company has invited workers affected by the expected closure of The 2 Sisters Food Group on Anglesey to apply for jobs. North Wales Chronicle | Anglesey …

AN Anglesey primary school must improve its literacy and mathematics provision, an Estyn report has concluded. North Wales Chronicle | Anglesey …

Cash-strapped Anglesey firms are being urged to check if they have claimed business rate relief to help them through “challenging times”. North Wales Chronicle | Anglesey …