CONTROVERSIAL plans to shore up sea defences along part of the Menai Strait have sparked claims it could result in “environmental vandalism” ahead of an expected decision this week.

Wednesday (September 1) will see Anglesey Council’s Planning Committee debate the plans which would replace parts of the existing concrete sea defence which defends Cerrig, a 2018-rebuilt private property in Penmon.

But despite being recommended for approval by authority planning officers, objections have been raised by the community council as well as the three local county councillors, who’ve described the professionals’ findings as “astounding” amid fears that the back and forth movement could damage a sensitive area along the coast.

Asking councillors to approve the plans following an earlier site visit, officers consider the proposals to be acceptable after describing the existing concrete defence to be in a “poor” condition.

With the existing plinth at the base of the sea wall currently protected by “rock armour” at a low level located on its seaward side, the work will involve removing this during the construction works to allow repair of the concrete plinth, then replacing it in a similar position once completed.

But aspects of the plans have concerned some locals, with eight letters of objection claiming that approval would lead to more similar sea defences along the coast and questioning the impact on the Area of Outstanding Natural Beauty (AONB). 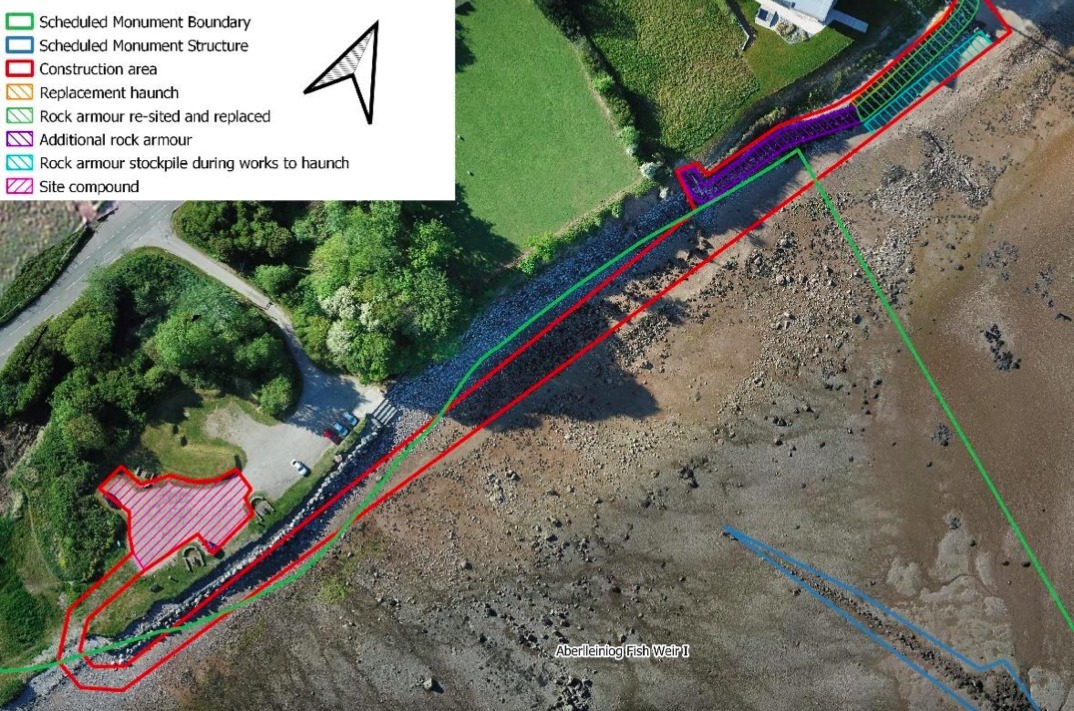 Wednesday (September 1) will see Anglesey Council’s Planning Committee debate the plans which would replace parts of the existing concrete sea defence which defends Cerrig, a 2018-built private property in Penmon. Screengrab from planning

Plans to locate the works compound at the nearby Anglesey Council-run public car park have also sparked objections from Llangoed Community Council, with councillors questioning if it could be placed elsewhere due to it taking half of the site.

The ward’s three county councillors, meanwhile, have also  joined forces in opposing the plans and are expected to state their case when the committee meets on Wednesday.

In a joint statement, cllrs Carwyn Jones, Gary Pritchard and Alun Roberts noted: “We find the planning department’s recommendation of permitting the proposed sea defences at Cerrig and to use the nearby public car park as a compound for construction and accessing the site along the beach itself as astounding.

“The beach itself is of international importance due to its glacial heritage.

“To cross this sensitive beach area with heavy machinery will cause irreparable damage that means it can never be restored to its former natural state.

“To put it bluntly this proposal can only be seen as potential environmental vandalism about to happen.

“The construction of the sea defences themselves will trigger changes to coastal sea processes that may well threaten land and properties either side of this proposal.

“These changes will be accelerated by climate change, rising sea levels and more stormy weather and stronger tides and waves in the near future.”

Statutory consultees such as the Crown Estate and environmental and landscape advisers have offered no objections, however, with Natural Resources Wales also recommending conditional approval of the plans. 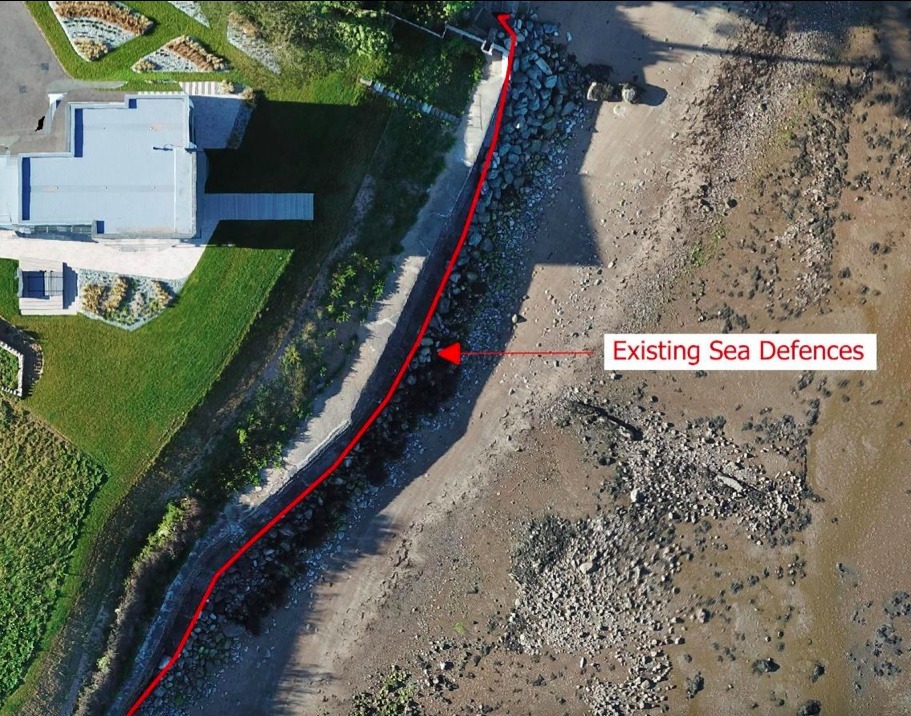 Wednesday (September 1) will see Anglesey Council’s Planning Committee debate the plans which would replace parts of the existing concrete sea defence which defends Cerrig, a 2018-built private property in Penmon. Screengrab from planning

The supporting statement accompanying the application, states that damage to the existing defences was reported following storms in 2018 and that it was recommended that the wall is underpinned and repaired or else erosion of the foundation will result in eventual collapse.

The officers, in their report which will be presented to planning committee members, concluded: “The applicant claims it is not possible to locate the compound within the curtilage of Cerrig due to the difference in levels between the property and the foreshore. The existing sea defence wall is also in a poor condition.

“Siting a site compound within the property would therefore be logistically difficult and dangerous to the health and safety of workers and members the public.

“There is no official public footpath located on the beach where the works are being proposed. However, the Wales Costal Path is located to the north of the application site.

“The path cuts inland immediately before the application site and therefore will not cross the site. As such, there will be no need to secure a diversion of the path.”

A decision is expected when the planning committee gathers virtually on Wednesday.

“I cannot imagine the nightmare he and his family have endured these past years.” North Wales Chronicle | Anglesey …

A SOCIAL enterprise based in Anglsey, Menter Môn, has been supporting communities across Gwynedd and Anglesey to improve their green spaces to benefit people and wildlife. North Wales Chronicle | Anglesey …