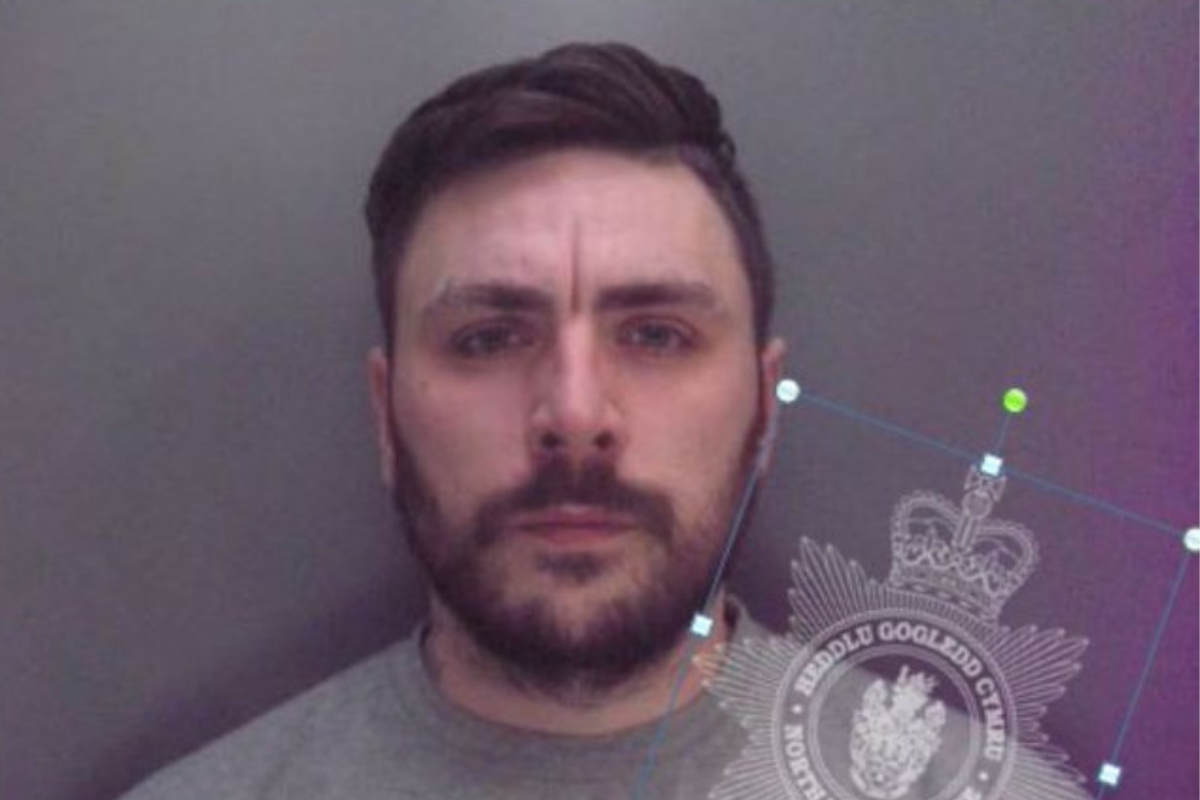 A DAD has been jailed after he tried to escape police while over the drug-drive limit with his four young children in the car.

The 31-year-old had previously admitted driving while disqualified, aggravated vehicle taking and dangerous driving, driving without third party insurance and while over the specified limit for a controlled drug – all committed in Amlwch last year.

Brian Treadwell, prosecuting, told the court that on October 26, police spotted a Honda Civic being driven on the A5025 towards Cemaes Bay.

The officer suspected the driver was disqualified and followed – but lost sight of the vehicle.

Police checked the address of the registered keeper of the car – Thomas’ mother – but it wasn’t there.

The vehicle was spotted coming out of a junction a short time later.

When officers approached Thomas was seen putting his hands up and saying “F**** sake” before driving off at speed.

He overtook a van on what the court heard was “something of a blind bend” and travelled towards another oncoming vehicle, which had to stop and reverse out of the way.

Thomas’ driving was described as “clearly dangerous” after he also clashed wing mirrors with another vehicle.

Mr Treadwell said the car was found outside his mum’s house later that day and when officers attended he apologised and told them he had panicked.

His mother told police that he had taken the car without her consent and had returned that afternoon, running in and telling her he had done something “really stupid” before handing the keys back.

The matters were aggravated, the court heard, by the fact that four of his children were in the car during the offences.

He was found to have 76 microgrammes of the cocaine breakdown product benzoylecgonine in his blood – the legal limit being 50.

Ryan Rothwell, defending, said: “Since Christmas, he has tried to put the brakes on his spiralling decline.

“He has a positive support network and I hope his remorse is clear.”

“You drove your mother’s car without permission, for some limited distance, to get away from the police.

“You drove at speed, through a small community, you ignored police commands to stop, you overtook a van on something of a blind bend at speed.

“A serious aggravating feature is that four of your own children were in the car – you had no regard at all for their safety.”

Thomas received a 10 month custodial sentence and was disqualified for 41 months.

Commenting after sentencing, PC 3233 Dylan Thomas from the Anglesey Tasking Team said: “We welcome the custodial sentence given to Jason Thomas today. The standards of driving on the day was clearly unacceptable which could have easily resulted in serious harm coming to an innocent member of the public.

“Thanks to the witnesses that came forward following our appeal and who helped us with this investigation.

“We are committed to taking these dangerous individuals off our roads and make it safer for everyone to go about their daily business.”