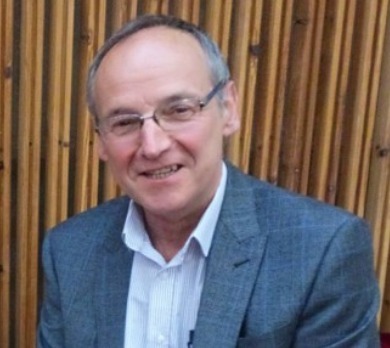 The leader of Gwynedd Council has urged the Welsh Government to immediately close a tax “loophole” and directly intervene after describing promises to take action over a second homes crisis as “vague.”

Yesterday saw the housing and climate change minister announce a “three pronged” approach to tackling the housing crisis following concerns that many living in rural and coastal areas are finding it increasingly difficult to remain in the communities they grew up in.

The “three pronged approach” will include:

Ministers have promised a package of measures if a pilot scheme in a yet to be determined area is deemed successful.

It comes after they publicly acknowledged that rising house prices was having an impact on communities, with such a concentration of holiday lets and second homes in some areas that it was prompting fears over the viability of Welsh as a community language.

The measures proposed include plans to hold a public consultation on amending existing tax legislation to ensure that it’s no longer possible to avoid paying either domestic or business rates on properties used as self-catering, short-term holiday lets.

This follows a promise to publish a Welsh Language Community Housing Plan in the autumn, designed to protect the particular interests of Welsh speaking communities, with the overall approach to look at changes to local taxes, government house purchase schemes and planning laws.

But the proposals for consultations has seen the leader of Gwynedd Council reiterate calls for immediate action, fearing that what’s on the table does not go far enough amid concerns that revenue from the second home premium is being lost when it could be funding more projects to secure affordable housing for locals.

Cllr Dyfrig Siencyn said: “Consultations and pilot schemes will not assist young people keen to get onto the housing ladder this year, it is therefore exasperating to see that no direct immediate action will be made to support people now.

“Further delays on this issue is affecting our communities each and every day.”

Council research shows that over 60 per cent of people in Gwynedd are now priced out of their local communities, with second homes making up 11 per cent of the county’s entire housing stock.

Ministers have long been lobbied by local authorities, language pressure groups and politicians to take action.

Julie James, announcing the measures, said it was vital that second home owners “make a fair and effective contribution to the communities in which they buy”.

This follows concerns that current laws allow owners of such properties to “flip” from paying domestic to non-domestic rates if it’s proven to be available for up to 140 days in a year and actually let for at least 70.

But with most self-catering holiday accommodation being eligible for Small Businesses Rates Relief, it often results in no contribution at all being made into local authority coffers.

On this specific issue, Cllr Siencyn added: “It is hugely disappointing that the Government has not taken immediate steps to amend the Local Government Act so that second home owners who register their property as ‘businesses’ can avoid paying any taxes at all.

“We demand direct interventions to mitigate the housing crisis, such as changes to planning laws to allow councils to impose a cap on the number of second homes, trebling the Land Transaction tax on purchases of second homes and amending the Local Authorities Finance law to empower local authorities to better control the housing stock.

“I am keen to work with the Welsh Government as soon as possible to find real solutions for the very real housing problems facing the people of Gwynedd.”

The proposed Welsh Government measures have been based on Dr Simon Brooks’ report “Second Homes – Developing New Policies in Wales,” which makes 12 recommendations including a trial of new planning laws that would see a new use class for second homes.

Julie James said:  “Taking recommendations from Dr Brooks’ report, our new three-pronged approach will kick-start a summer of action which will determine how we tackle this issue now and into the future.

“We have already taken strides on some of these issues – last year we became the only nation in the UK to give local authorities the power to introduce a 100 per cent council tax levy on second homes.

“But the urgency and gravity of this situation calls for further intervention, which means real and ambitious actions are delivered at pace, to inject fairness back into the housing system.”