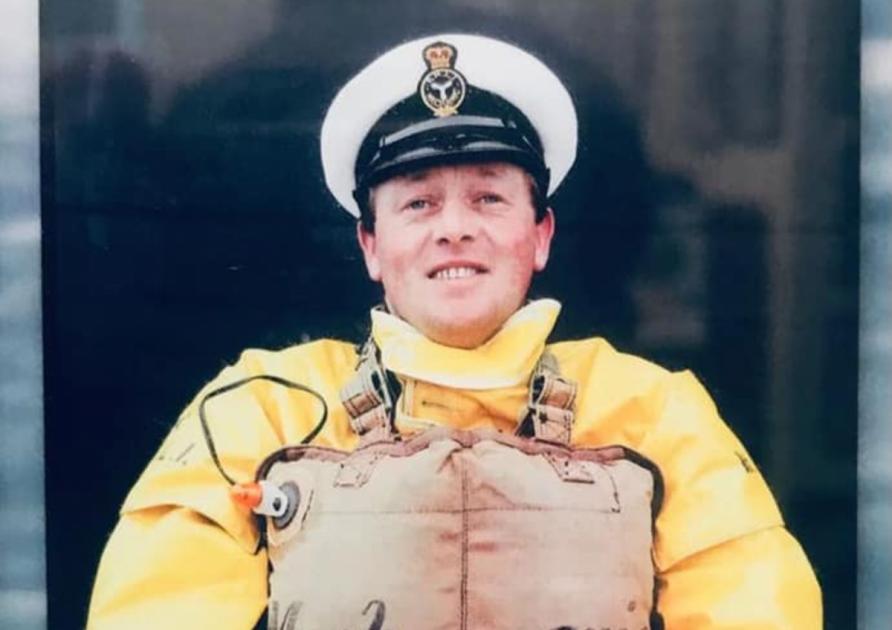 A FLAG at an RNLI station has been flying half-mast to honour a former crewman who died last month.

Silver medal-winning Eric Jones was a crewman, mechanic and coxswain back in the 1960’s and beyond, and is in the Holyhead Lifeboat Station history books for his part in the 1966 Nafsiporos rescue, where a Greek cargo vessel and crew were saved from vicious seas by the Holyhead crew, in Barnett-class lifeboat St Cybi, working alongside Moelfre Lifeboat.

The rescue is one of the most famous in RNLI history, with Eric playing a key part as mechanic, and for which he received his Silver Medal for Gallantry.

He took part in events in 2016 with his former crewmates, to commemorate the 50 anniversary of the 24 hour-long rescue, where they talked about the horrific conditions facing them, with 10 metre waves and winds gusting up to 100mph.

David Owens, Holyhead Lifeboat Operations Manager (LOM), said: “Our sincere condolences to all of Eric’s family. He was a fine, much respected lifeboat man, and his memory will live on throughout the town and in our station.”

Speaking in 2016, Eric described the conditions: “All you could see was this huge grey thing rolling at 45 degrees. We knew we had to get in there and help…so we did.

“I went to sea because I didn’t want to see anyone in trouble in seas like that. But you always thought, ‘are we going to bring them home’?”

A moving account of the rescue, including the former crewmen talking about their memories of events, can be found here.