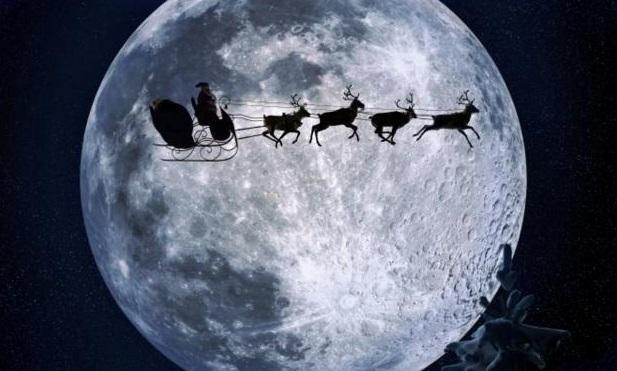 SANTA’S famous red suit will be bursting at the seams after Christmas Eve thanks to the generosity of boys and girls across North Wales.

Using Welsh Government data, we can work out exactly how much the festive favourite is set to work his way through when making deliveries across North Wales if every household leaves him a little treat along the way.

Everyone’s favourite jolly old fellow will be tucking into around 19,970 mince pies – that is if every family with children in Anglesey and Gwynedd leave him a traditional festive treat on December 24 before bedtime.

Using the average mince pie serving from a leading supermarket, that would mean Father Christmas will be eating a whopping 4.4 million calories across the two counties!

Altogether, Christmas Eve in Anglesey and Gwynedd will see Santa consume around 380 kilograms of sugar through his favourite festive treat.

It’s a good thing he will have Rudolph on hand to take charge of the navigation, as he can also expect to wash all those mince pies down with a staggering 500 litres of whiskey.

A small measure of whiskey (at 40% ABV) is on average about 25 ml per glass and contains a single unit of alcohol.

If that is what every child in Anglesey and Gwynedd leaves out with their mince pie then Santa will be feeling more than a little bit merry after knocking back almost 20,000 units!

Speaking of Rudolph, let’s hope that he’s is hungry – or at least sharing with his other reindeer friends – as children will be leaving out a staggering 78,915 carrots this evening. And that is all just in North Wales!

During his travels across the whole of Wales this year, the world-famous present deliverer will have tucked into a grand total of more than 378,000 mince pies. His reindeers will have enjoyed the same number of carrots along the way too.

With the average weight of the orange vegetable coming in at about 60 grams, the sleigh pullers will have munched through almost 23 tonnes in Wales alone!