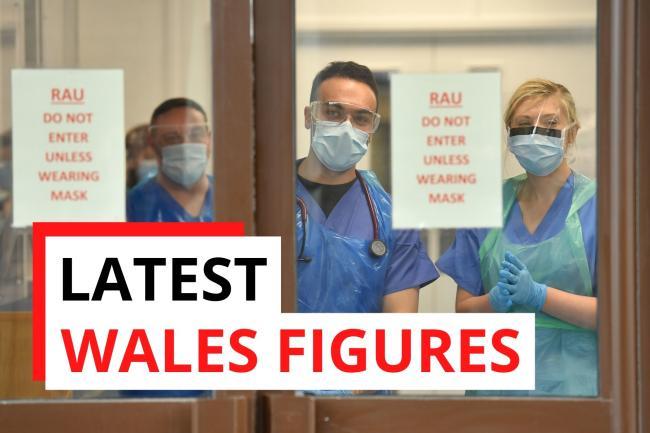 OVER 100 new cases of coronavirus have been confirmed across our region by Public Health Wales (PHW) today.

There have now been 6,745 lab-confirmed cases of the virus from the combined counties that make up the North Wales region since the outbreak of the pandemic – after more incidents were confirmed in the latest figures released today.

Public Health Wales confirmed that the 115 of today’s 596 newly confirmed Welsh cases were from the northern region and can be broken down as such:

Betsi Cadwaladr University Health Board – the largest health board in Wales – has reported no new deaths to date according to PHW data, recording 426 people that have sadly died.

Figures from the Office for National Statistics, which are considered a stronger indicator of the overall impact of the virus, and which are based on all deaths where COVID is mentioned on the death certificate, stand at 574 for the health board area.

Across Wales, another 467 COVID cases were confirmed in Sunday’s figures, meaning that 30,121 people are now known to have contracted the coronavirus since the pandemic began.

There were two newly reported deaths, meaning the number of people to have died with confirmed cases of coronavirus stands at 1,669 in Wales.

Local lockdowns are currently in force for several areas of south Wales including Neath Port Talbot, the Vale of Glamorgan and Torfaen.

North Wales also came under local restrictions at the beginning of the month across Wrexham, Flintshire, Conwy and Denbighshire.

Localised restrictions have also been placed on Bangor this weekend, as of Saturday October 10.

At present, Anglesey and wider parts of Gwynedd are not being placed under stricter rules.

This is what Public Health Wales’ has to say:

Dr Giri Shankar, incident director for the Novel Coronavirus (COVID-19) outbreak response at Public Health Wales, said: “Public Health Wales supports the introduction of restrictions in Bangor following a sharp rise in cases. The new measures came into force at 6pm yesterday to protect people’s health and control the spread of the virus.

“People who live in these areas must abide by these restrictions to protect themselves, their families, friends, older and vulnerable people, and keep Wales safe.”