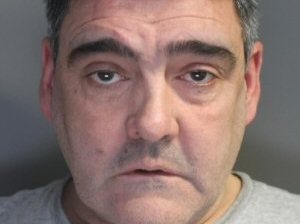 A MAN who threatened and spat at a member of rail staff at Holyhead railway station has been jailed for a total of 26 weeks, following a British Transport Police investigation.

Christopher Jones, 52, and of Victoria road, Wrexham, was found guilty of common assault and a section 4 public order offence at Llandudno Magistrates’ Court on January 13.

At 10.15pm on Monday, January 11, Jones was challenged by a member of rail staff when he began to cough and spit at Holyhead station. Taking offence, Jones threatened the member of staff saying, “I’ll get you killed.”

At around 4.20am, the following morning (January 12), a member of rail staff at Holyhead railway station asked Jones for his ticket for inspection. Jones became extremely aggressive and spat at the member of staff when he was unable to produce a valid ticket.

An officer witnessed the incident and arrested Jones at the scene.

British Transport Police Investigating Officer Jon Liptrot said: “Violent behaviour towards members of rail staff will absolutely not be tolerated under any circumstances.

“Nobody should be afraid of being assaulted at work, especially in such a disgusting manner.

“I am grateful to the courts for the sentence imposed on the defendant and hope it serves as a strong reminder that this type of behaviour will not be tolerated on the railway.

“Thank you to our colleagues at North Wales Police for their assistance with this incident.”

RECENT flooding once again highlighted the risk of cutting off a large part of Anglesey from vital services, the island’s MS has argued in the Senedd. North Wales Chronicle | Anglesey …