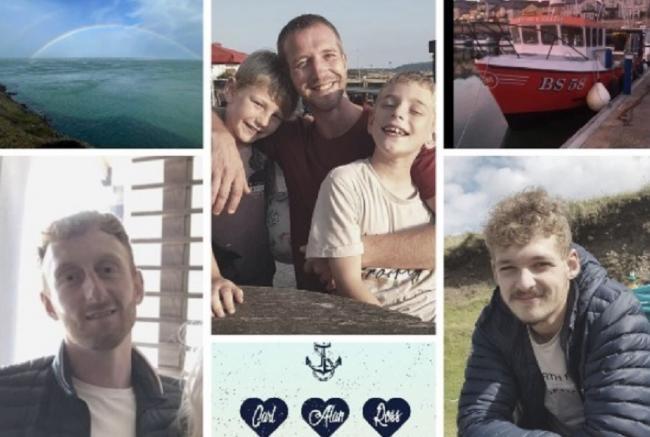 THE search for fishing boat the Nicola Faith will be joined by American oceanographer David Mearns following a major fundraising campaign.

The Marine Accident Investigation Branch (MAIB) said it is continuing its efforts to trace the missing vessel, which went missing off the coast of Conwy at the end of January.

The deaths of crew members Alan Minard, 20, Ross Ballantine, 39, and Carl McGrath, 34 were confirmed after three bodies were found in the Wirral and Blackpool area.

The search will be joined by David Mearns, a specialist in deep water recovery who helped locate the plane carrying Cardiff City footballer Emiliano Sala, from Saturday, March 20 onwards.

More than £68,000 has been raised in an effort to acquire his expertise and equipment in the hope of recovering the vessel, which could answer questions over the cause of its sinking.

MAIB has shared detailed information with David Mearns about the most likely areas the vessel could be found to ensure the best use of this extra resource.

A MAIB spokesperson said: “With poor weather forecast in the coming days, additional search assets with enhanced capability will be deployed over the weekend, with plans to continue once the weather improves. In addition, the search area planned to be covered has been expanded.”

MAIB is also in discussion with Welsh Government about the use of the Rhodri Morgan, one of their fishery patrol vessels.

Andrew Moll, chief inspector of MAIB said: “This was a truly tragic accident which has left a community with many unanswered questions. I and my colleagues at the MAIB share their urgent need for answers and to fully understand what went wrong. The search effort continues with renewed vigour this weekend and we are pleased that David Mearns has joined this effort.

“We remain hopeful that this immense effort will bring news the families hope for very soon.”

Earlier this month the Nicola Faith’s liferaft was found off the coast of Kirkcudbrightshire by HM Coastguard and was identified by the MAIB as being from the Nicola Faith.

The families have been kept fully updated on the search.