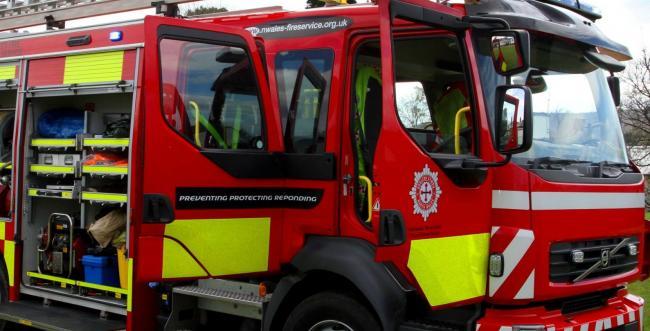 NORTH Wales Fire and Rescue Service was called to two fires on Anglesey yesterday evening (May 18), including one believe to been caused deliberately.

This was at Parys Road, Amwlch, with the service called to the incident at roughly 6.30pm.

A service spokesperson said it was a “fire involving a cardboard recycling point” and “thought to be started deliberately”.

At approximately 7.15pm, services were also called to a fire at a derelict barn in Holyhead.

Crews from Holyhead and Rhosneigr attended, with this fire believed to be accidental.

The spokesperson added that this was at a “derelict barn used to store wood and building materials” and that there was “100 per cent fire damage to the contents of barn and roof”.