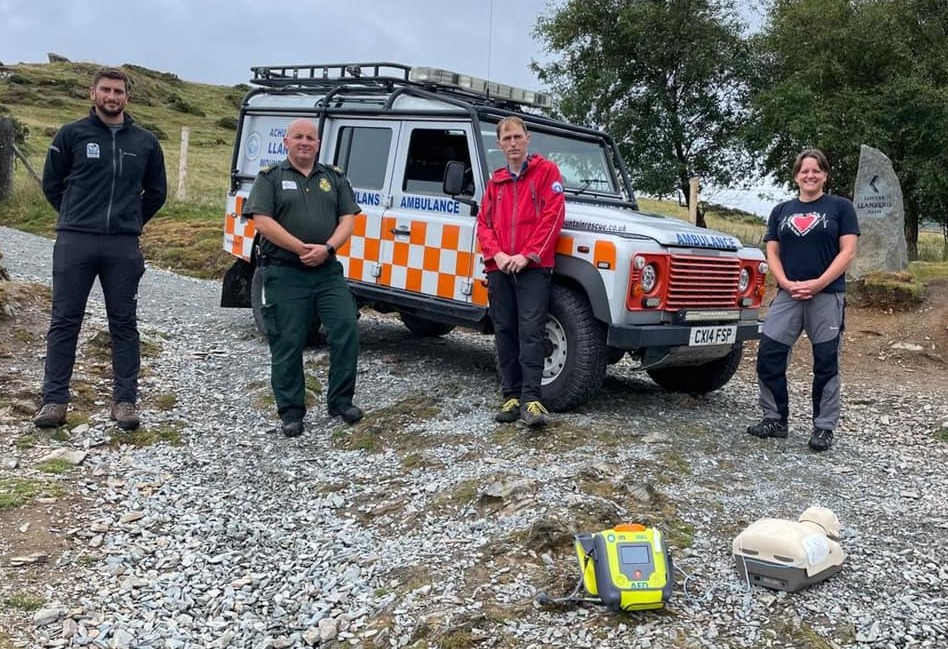 SNOWDON has become one of the first mountains in the UK to house a 24-hour public access defibrillator on its summit.

Three defibrillators have been installed along the popular Snowdonia Llanberis path to ensure greater support for public safety in rural locations.

The pandemic saw increased numbers venturing out for local walks, and Snowdonia itself saw a record number of visitors during 2020.

The need for a public access defibrillator was also highlighted by a recent cardiac arrest happening on the mountain, which led to the facility being used within nine days of being installed.

The equipment on Snowdon is described as the ‘first Public Access Defibrillator(s) in the UK located outdoors on the summit of a mountain.’

The seasonal defibrillators are housed in a cabinet and are available 24 hours a day. The first being located at the Penceunant Isaf café, the second at the Halfway Café and the third on the mountain peak outside the summit Hafod Eryri café.

Funding for the machines was made available through a grant from the Awyr Las Covid-19 response appeal alongside Captain Tom’s phenomenal fundraising efforts via NHS Charities Together as well as generous public donations.

Richard Beech, from the Llanberis Mountain Rescue Team, said: “Thousands of people hike Snowdon every week and this will help to save lives in the event of someone suffering a sudden cardiac arrest.

“Having a defibrillator rescue ready on site will support our rescue teams’ efforts when an emergency situation arises.”

Keep the Beats is a dedicated fund and project within The North Wales NHS charity, Awyr Las, which provides enhanced services over and above what the NHS funds. Keep the Beats is run by frontline staff and cardiac patients, who know how vital it is to have access to defibrillators in the community as well as CPR training.

Tomos Hughes, the North Wales Community Public Access Defibrillator Officer, through Keep the Beats and Julie Starling, Arrhythmia Clinical Nurse Specialist from the North Wales Cardiac Centre are spearheading this project across North Wales to ensure more lives can be saved in popular and rural locations.

“A cardiac arrest is when the heart stops beating, and every second counts,” said Julie.

Keep The Beats is passionate about supporting its North Wales community with CPR. They are thankful to communities who have already helped to install public defibrillators across towns, villages and rural locations.

Anyone who would like to find out more about community access defibrillators (CPADs) in the community or would like information about CPR training, then get in touch at awyrlas@wales.nhs.uk

The Llanberis Mountain Rescue Team is a fully voluntary organisation who respond to those in need on Snowdon and the surrounding mountains. The Team is on-call 24 hours a day, 365 days a year and relies entirely on donations from members of the public to carry out this essential life-saving rescue service.