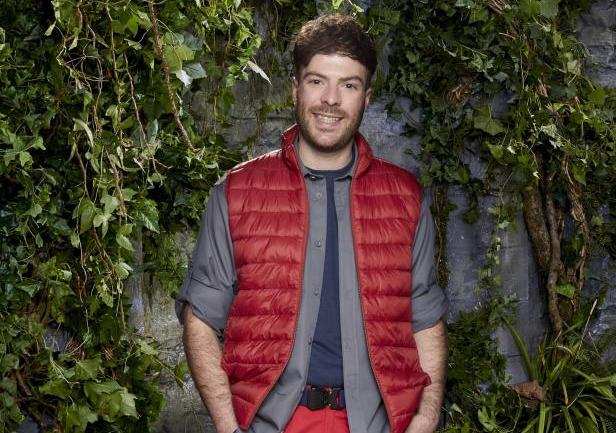 JORDAN North says he will ‘try and play it cool’ when he finally gets to meet his childhood heroes Ant and Dec on the new series of I’m A Celebrity … Get Me Out Of Here!

Despite being a Radio One DJ, Jordan is yet to meet the lovable Geordie duo – but will finally get to fulfill a lifelong dream of doing so when he takes part in the 20th series of the show, starting on ITV on Sunday evening.

Ahead of going into Abergele’s Gwrych Castle, the venue for this year’s I’m A Celeb, the 30-year-old told the Rhyl Journal he was ‘looking forward’ to meeting the hosts.

Jordan said: “I just hope I don’t fangirl when I meet them! I’ve read their books and I’ve watched them since I was a kid on SMTV growing up on a Saturday morning, everybody watched that, because you had to watch that to be able to watch Pokemon.

“Everyone bangs on about Wonkey Donkey and Chums but they used to do these sketches called Eminemmerdale, which was just brilliant and was basically Emmerdale but with Eminem (the famous rapper) in and another one as well called Vicar of Dribbley, which was a micky take of the Vicar of Dibley where they use to dribble water on each other.

“I’m a TV Radio DJ so it doesn’t get much bigger than them two guys, they’re the best presenters in British television so I am looking forward to meeting them but I’m just going to try and play it cool.”

As a Radio presenter, Jordan’s voice will arguably be more recognisable to members of the public than his face would be. When asked by the Rhyl Journal if he was looking forward to people getting to know the other side to him, he replied: “You’re right to say that it’s very rare people actually recognise me. It’s only when I’m talking to friends in a pub or or on a train or something like that what people will say oh I recognise your voice but yeah I think there is that side to it.

“When I go on the radio, I want every show to sound upbeat and energetic, so it’s like you’re having the best time of your life and I make no secret of the fact that working on the radio is the best job in the world to me and when its going well there’s no better feeling.

“But as for people seeing me on telly, I don’t know how im gonna find that. I know for a fact I wont be able to watch myself back. But I suppose you’ll see a vulnerable side of me you wont’ really have heard on the radio.

Jordan, who after a trip to the Lake District at 14 years old, swore he’d never go camping again, says he signed up for this year’s I’m A Celebrity as it was a ‘good way to end the year’ and joked that his ‘mum needed a new kitchen’ and that he ‘might help her out with that’.

Asked about how he would cope with the cold conditions at Grwych Castle, he added; “It will take a couple of days to get used to it but if I can cope with a Saturday afternoon on Turf Moor (Burnley FC’s home ground) when you’re getting beat 5-0 by Man City in the middle of December and it’s that cold, I’m pretty sure I can manage it.”