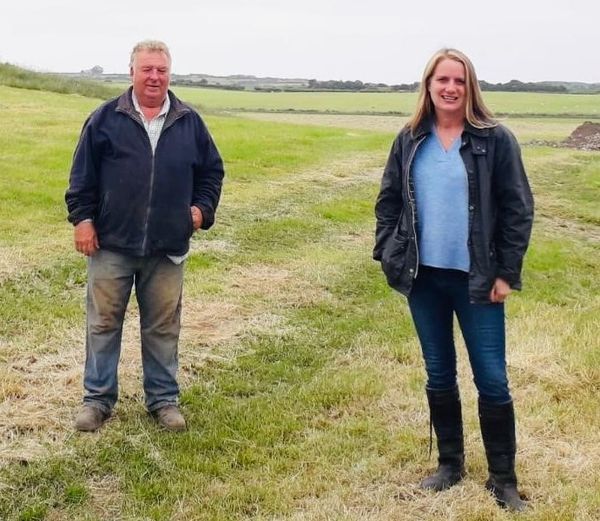 YNYS Môn MP, Virginia Crosbie, has presented a bill to Parliament to help farmers protect their livestock from attacks by dogs.

It will give the police the right to seize dogs and take DNA samples.

The politician has introduced the bill using the Parliamentary device of a 10 Minute Rule Bill. This allows an MP to make the case for a new bill in a speech lasting up to 10 minutes. An opposition speech can be made and the House then decides if the bill can be introduced. If the MP is successful the bill is taken to have had its first reading, this is the first step towards becoming legislation.

In practice, Ms Crosbie wants to amend the Dogs (Protection of Livestock) Act 1953. She said the 68 year old Act was unfit for modern times as it fails to protect and adequately compensate farmers from dog attacks on their livestock.

In 2020 the cost to the farming community of livestock worrying was estimated to be around £1.3 million, she told MPs.

It is estimated around 15,000 sheep are killed by dogs each year and in the lockdowns it has been a growing problem as more people visit the countryside.

She said: “Specifically, my Bill proposes the police be given the power to seize a dog (or other items) and to take DNA samples, where they have reasonable grounds for suspicion that the dog has worried livestock.

“It has to be a legal requirement dogs be kept on a lead when they are near livestock of any kind.”

She said the upper limit of the fine, currently set at a maximum of £1,000, must also be removed.

“Where farmers are facing costs of up to £20,000, irresponsible dog owners must be made to realise the full financial impact of their actions,” she added.

She told MPs of the experience of one Anglesey farmer who suffered a dog attack on his flock.

“Tecwyn Jones found seven pregnant ewes and three rams dead in his fields in Bodedern from a dog attack in February this year,” she said.

“When I visited Tecwyn’s farm he told me about the impact the attack had on his business and his well being. His account of the event was harrowing.

“He shared the awful moment when he found his sheep, coming across one dead sheep then another, sheep that he had lovingly reared, their faces torn, in the pouring rain.

“The dogs that carried out the attack have never been identified. Even if a dog was suspected, the law has no teeth to identify and seize it unless it is found unsupervised at the scene of the assault.

“For Tecwyn it was not just the financial loss that hit him, although that went into thousands of pounds, it was the emotional loss of these prized animals which he had put his time and devotion into rearing.”

Virginia first became involved in the issue when local farmers Brian Bown and Peter Williams raised it as a significant concern.

The bill passed its first reading and will return to the Commons for a second reading on September 10.