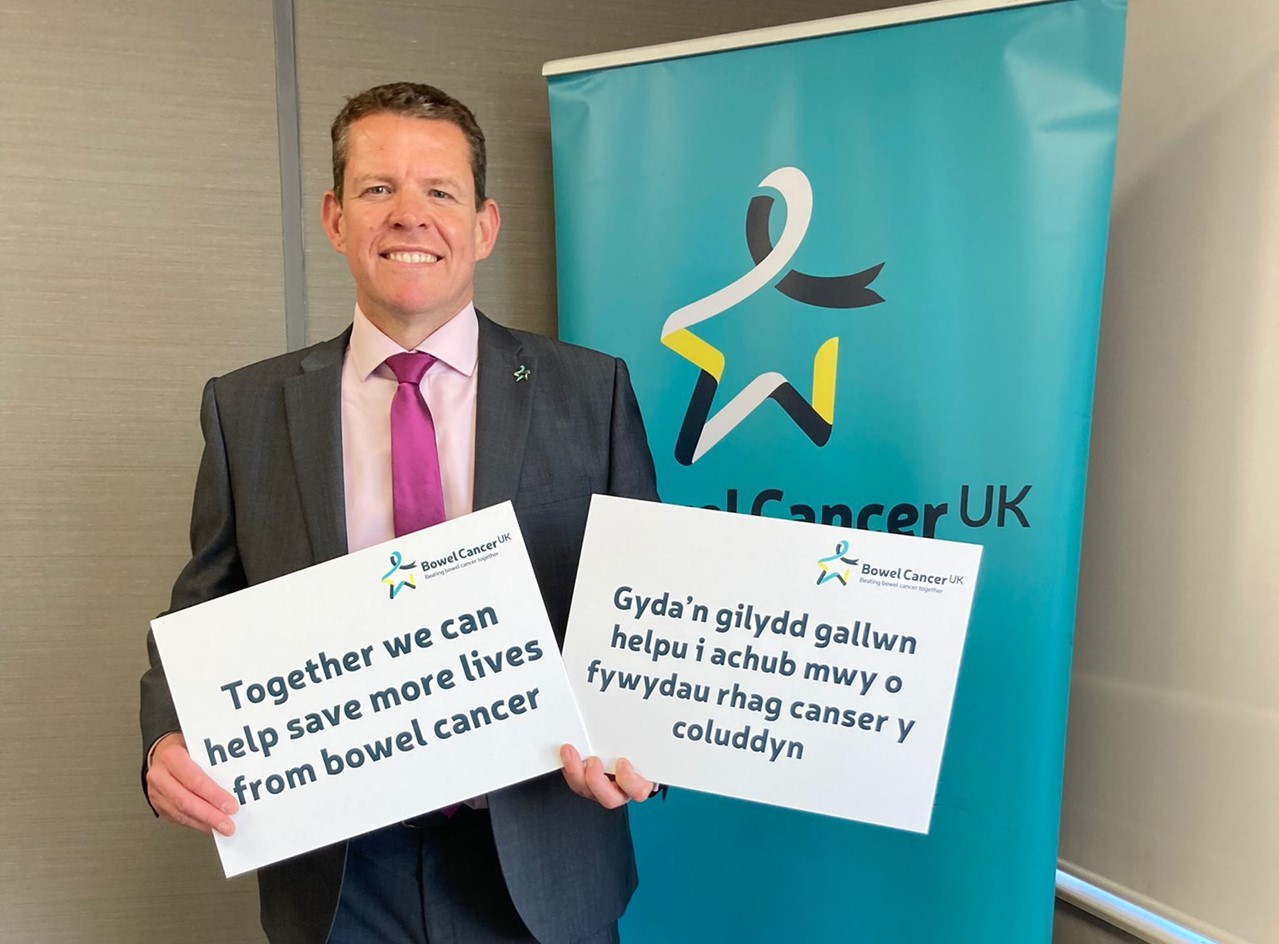 THE MS for Ynys Môn, Rhun ap Iorwerth, is supporting Bowel Cancer Awareness Month and sponsored a drop-in session at the Senedd on April 26, organised by Bowel Cancer UK to raise awareness.

Bowel cancer is the fourth-most common cancer in Wales and nearly 2,300 people are diagnosed each year.

Unfortunately, more than 900 people die from the disease every year, which means it is the second-largest cancer in Wales, but that should not be because it is treatable, and nearly everyone survives bowel cancer if diagnosed at the earliest stage.

But this decreases significantly as the disease develops.

New statistics published by Bowel Cancer UK for Bowel Cancer Awareness Month showed that almost half of people (48 per cent) in Wales cannot name one of the symptoms of bowel cancer.

Symptoms of bowel cancer may include:

• Bleeding from your buttocks and/or blood in your faeces.

• Constant and unexplained change in your toilet habits.

• Extreme fatigue for no apparent reason.

• Pain or lump in your abdomen.

Mr ap Iorwerth said: “I was pleased to sponsor the Bowel Cancer UK event at the Senedd to raise awareness of the signs and symptoms of the disease and the importance of early diagnosis.

“I will continue to push the Welsh Government for a cancer plan to ensure that patients receive the best treatment and care on Anglesey, and throughout Wales.”

Dr Lisa Wilde, director of research and external affairs at Bowel Cancer UK, added: “Bowel cancer is the cancer that kills the second highest number of people in Wales, and it is shocking that people do not know what symptoms they should be looking for.

“We are delighted to have the support of Rhun, who sponsored our event at the Senedd and will help raise awareness of bowel cancer on Anglesey.

“If you notice any signs of bowel cancer, or things don’t feel quite right for you, see your GP.

“Although the disease mainly affects people over 50, nearly 100 people under 50 are diagnosed each year in Wales, so it is very important that people seek advice as soon as possible – whatever their age – if they are worried. ”