The blaze happened on Monday (June 7) night at about 9.15pm.

North Wales Police and crews from North Wales Fire and Rescue Service attended the fire, which could fortunately be controlled and put out without any injuries to the public. 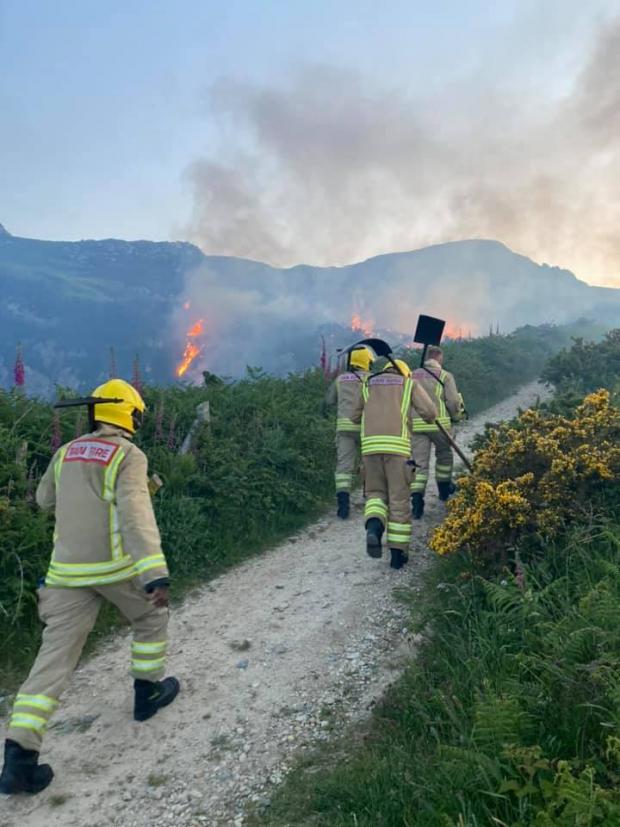 Jordan Love captured these dramatic photos of the blaze ripping through Holyhead Mountain Police attended the incident due to reports that the fire had been set deliberately by youths in the area.

Sergeant Ian Roberts said: “Not only is deliberate fire setting a crime, it is highly irresponsible and dangerous. Whoever was involved is very lucky that there weren’t more serious consequences on this occasion.

“We are working closely with our colleagues at North Wales Fire and Rescue to investigate this incident and ask that any witnesses or anyone with information to contact us.”

Ruth Bateman, arson reduction manager, said: “Deliberate fire setting is completely unacceptable – and we are working in partnership with North Wales Police to help stamp out these fires. 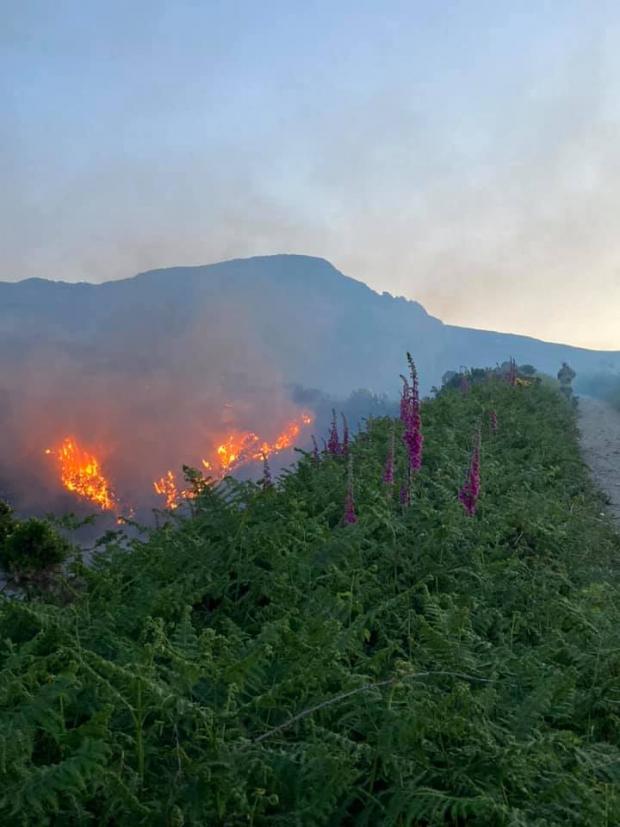 Jordan Love captured these dramatic photos of the blaze ripping through Holyhead Mountain “As well as the associated monetary cost, these fires put extra pressure on our resources and can put the lives of the fire crews and the public at risk. Whilst crews are busy dealing with these incidents they are not able to attend other incidents that may be life-threatening, meaning that crews from further away have to attend.

“Deliberate fire setting is a crime and a serious form of anti-social behaviour.”

Jordan Love, 27, a professional DJ who spent 20 years on the island before relocating to Scotland, saw the mountain burning on Monday.

He is currently in Holyhead visiting family.

He said: “My sister’s boyfriend called and said there was smoke coming from the mountain, this was around 8.30pm. I took both my nephews, Jackson, aged nine, and Brandon 16, up towards the quarry for a look. Smoke filled the air and the fire was burning on the cliff face.

“We moved closer up a public footpath to get a better view of what was happening. As we got closer the noise was surreal. The crackling of wood burning was almost deafening.

“There was three fire crews at the location. I heard the commander on site radio to everyone: ‘this is now a containment job, we have to stop the spread’ and ‘don’t go any closer forward, there’s a 100ft drop below you, if it’s on fire leave it, it’s too late, contain it.’

“It looked like the fire was started in a single central section on the mountain and then has burnt outwards in a 180 degrees shape.

“Around 30 cars turned up of members of the public to watch what was going on. 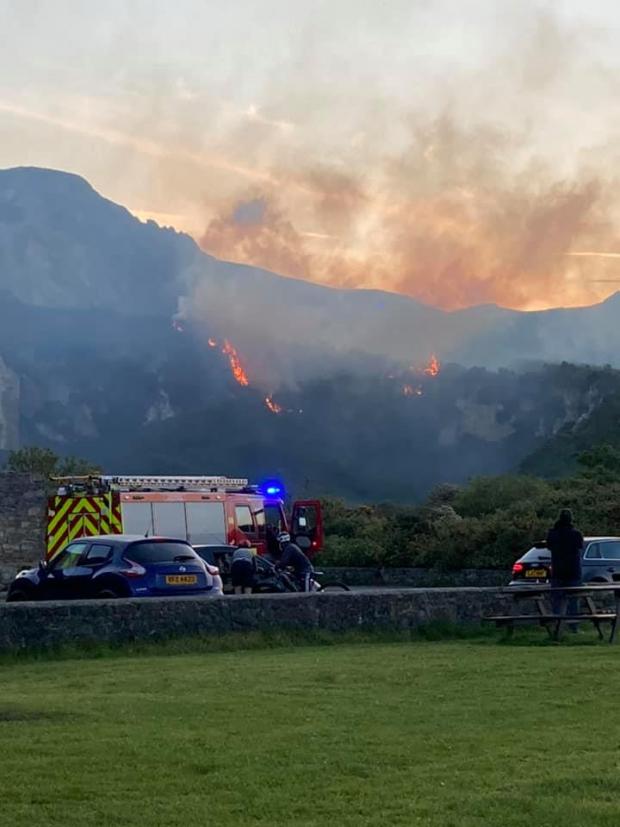 “The fire crews seemed to contain it well and it began to burn slower so we headed back home.”

There was also a fire in the open at Betws Garmon, Gwynedd last night. The blaze affected nine square-metres of branches and was classed as accidental – “controlled burning out of control”.

Anyone with information is asked to contact police on 101. Quote reference z081285 or telephone Crimestoppers anonymously on 0800 555 111.

THERE are now more older people and fewer younger people living on Anglesey and in Gwynedd. North Wales Chronicle | Anglesey …

A MAN from Anglesey who was found guilty of speeding on a motorway has been ordered to pay in excess of £300. North Wales Chronicle | Anglesey …

Anglesey County Council has reported an underspend of £4.798m at the end of the fourth quarter of the financial year. North Wales Chronicle | Anglesey …